…and remember, a kitten is for life not just for the Covid-19 pandemic….

This month’s contribution is a sharing of our mission, why we make the choices we do when breeding our cats and what is a hobby breeder. We will also look specifically at our two planned litters this year and what we hope to achieve.

If you did not get a chance to read our January post 'The argument for the Neva Masquerade Siberian – is there a ‘point’ or is it all fake news?' you can still catch-up here

Why breed the Siberian Cat? What’s in it for me?

Recently, a distinction has been made between breeders who breed cats for business, these who breed for profit or income and those who breed for a hobby. The definition has always been a little blurred as selling kittens from a litter you have bred will generate income. However, the hobby breeder will breed a litter primarily for a kitten for themselves or another breeder or for an individual who just shows their cats. The ultimate aim of a hobby breeder is to improve, sustain and develop the Siberian Cat as a breed.

Siberians can have from one to nine kittens with an average of four to five kittens. As you can see, if one kitten is retained, then there will be three to four available. These kittens are often sold as pets. Sometimes all kittens are put up for adoption as the litter did not produce the expected results. Hobby breeders put all the monies raised from these adoptions back into their cattery, an expensive hobby. A hobby breeder should not be judged by the number of litters produced per year, but on the aims and progression of the kittens born each year and how many are shown or retained or sold for showing and breeding.

So, what are our plans for this year? After last year’s decision not to breed due to the Covid-19 pandemic, which is sadly still ongoing, all plans were disrupted. This year, if our cattery is to continue, we have made the choice to breed two litters in the Spring with restrictions on visits to the cattery due to my clinically vulnerable status.

Our first mating has taken place and is between Witchstorm Stratus and Witchfyre Baroque. Stratus is from the mating in 2018 between a new import from Switzerland, Goldenesima Callista and our home bred Witchfyre Althelstan. Stan’s mother is an import from Bulgaria, Koolblue Amelie, retired, and his dad another import Goldenesima Belenus, also now retired.

When bringing in new lines it can take several generations before a kitten arrives as a keeper. This is because each breeder’s interpretation of the breed standard creates a cat they believe meets the standard for showing and is a type they feel represents the breed and their cattery type; interesting as each breeder may create a slightly different version of the Siberian whilst still meeting the breed standard. It may be worth a mention here that the cat we see we call the phenotype and the genes that come together to make the cat, the genotype.

...when bringing in new lines it can take several generations before a kitten arrives as a keeper...

Stratus’ brother Cirrocumulus (Joe)has been shown once and achieve TICA CH and regional winner for his colour. Stratus has not been shown as she is a little smaller than we prefer for show cats but has an excellent depth of eye colour, coat and colour.

So why kittens from Stratus? Well clearly the gene combination in this line has already produced a cat of agreed standard in Joe. Stratus will carry many of these genes.

It is always a gamble when selecting cats. Top show winning cats have been known to never produce a winning kitten and cats not shown have produced multi champions. Being a breeder can be about taking a chance and trying combinations ‘outside the box’. Stratus has the incredible sapphire eye colour that I would like to promote in the next generation. Having kittens from her will see if some of these traits are strong enough to be passed on to her kittens.

Now to Baroque (Rocky). For me he has a lovely head of good type. He has a good coat and incredible colour. He is a large cat and his first kittens produced an International Champion. We never showed Rocky as he hates travelling; we will never show a cat that is not happy to be shown.

For me, this mating is important. I am hoping for a strong female of good heft to take to the show ring. This will be a blending of some of the newer lines with my foundation original imports. Keeping fingers crossed.

Our second mating will hopefully be between Wesley Phantom Cats and Zhelana Russian Character, both imports. This mating is for two reasons. To ensure Wesley is fertile as a future stud for the cattery and to add size and substance to Zhelana’s kittens.

Zhelana had a litter in 2018. We retained two girls. The father was Witchfyre Amber Avatar a golden mackerel tabby boy of excellent type. Avatar is how we see a Siberian, a wild look with excellent coat and good paw size. His deep green eyes are to die for. Sadly, as he is of medium size, he will not fair well in today’s show ring where size over type seems to predominate.

Both the girls we retained were shown as kittens with Witchfyre Jump in the Fire (Elsey) achieving Best of Breed and at the Yorkshire CC Best Semi-Longhaired Kitten, and with TICA - Fourth Best kitten (out of 10) and Best Siberian kitten in Lies Van Mullem ’s final at TICA Spoticat, Ryton-on-Dunsmore, Coventry, UK, December 15, 2019, her only two outings.

Witchfyre Sweet Amber received good reviews at her show but we could not credit her as I had put her in the wrong pen due to just two hours sleep the night before and despite attempts to rectify this with the Show Manager was not able to give her the credit she deserved.

Elsey is a lovely type but has inherited her dad’s size. We will have to wait for her kittens to see if we can work with this, but that’s another story. Both girls are slow to mature, so we will give them some more time before deciding whether to breed or not. Running cats on for breeding potential is a costly and time consuming exercise especially when unable to progress with the line.

Wesley was shown as a junior, put against another cat of his age he was gangly and immature. He has now filled out and very handsome. Sadly, due to lockdown restrictions we have not had any shows to take him to - maybe next year.

We are keen to start Wesley as a stud for the future, so we have chosen Zhelana as she is experienced. It is best practice to use an unproven boy on an experienced girl, it makes for a good first experience and a more chilled stud boy for the future.

We are not planning on keeping from this litter as I would like to see how these kittens are maturing at twelve months, when, if I feel they have nicked well, will repeat the mating. Of course, if that ‘special kitten’ appears, I am likely to change my mind…

Catch up with us in later in the year and we will look at photos of the cats and discuss the kittens, what expectations have been met from the litters and colours and patterns, including relevant colour genetics.

If you have any questions about the points I have raised, feel free to contact me and I will post your question and my answer in the comments.

That’s it for now. In March we will look at allergies and Siberians. Happy Valentine's Day and see you next month … 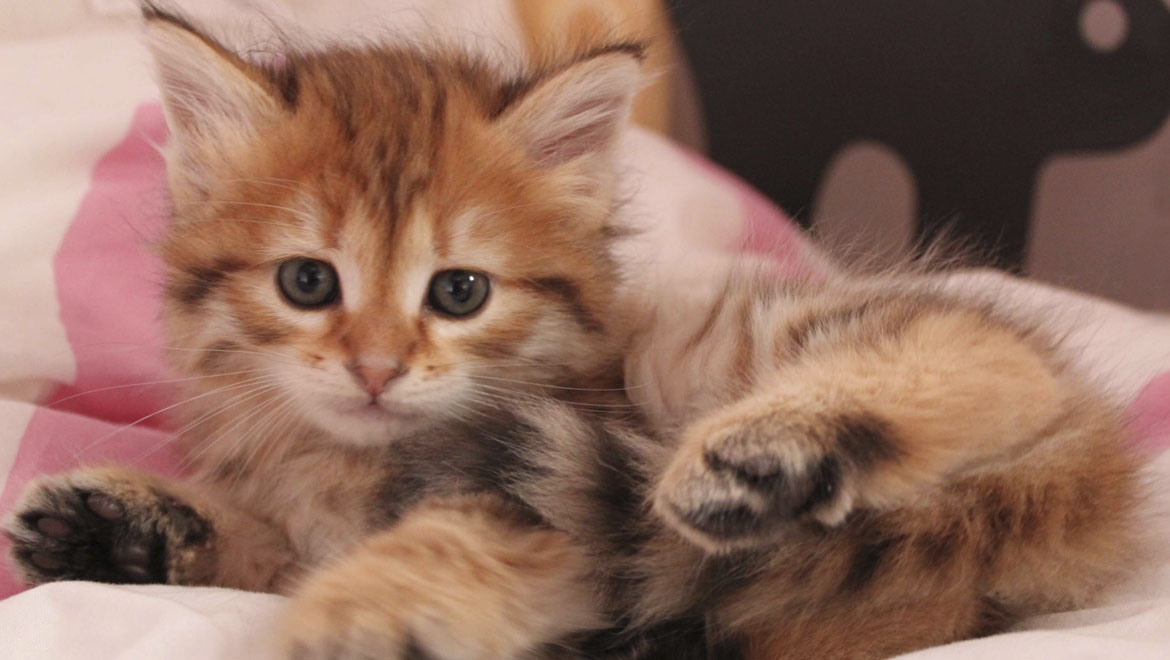